Bevel instruments can be found in all cultures and periods. The recorder is among the most well known: an instrument of great agility and capacity to adapt to different types of repertoire, along with the possibility of ensemble playing, which in turn evokes the sound of a small human organ.

It is precisely this characteristic sound towards which Windu works, not unlike a craftsman, in order to put it at the service of the music which touches us most. Aiming to move beyond the historical and cultural backround inherent in contemporary or early music alike, the quartet is interested first and foremost in the emotions that arise. For this reason the repertoire encompasses not only original compositions, but arrangements and adaptations as well, along with other instruments and electronic music.

The staging enables us to broadcast the recorder and its characteristic ensemble sound to a wider audience. The stage direction of Iban Beltran and the lighting design of Oriol Ibáñez were instrumental in bringing together the different elements, such as video projections, costume changes, lights and stage design, to créate an all-around performance.

The quartet itself is made up of four musicians with very different backgrounds in the fields of performance, visual arts and culture management, who have joined forced to créate a new and innovative project.

We have a very clear idea of what we want.

The show is about to begin! 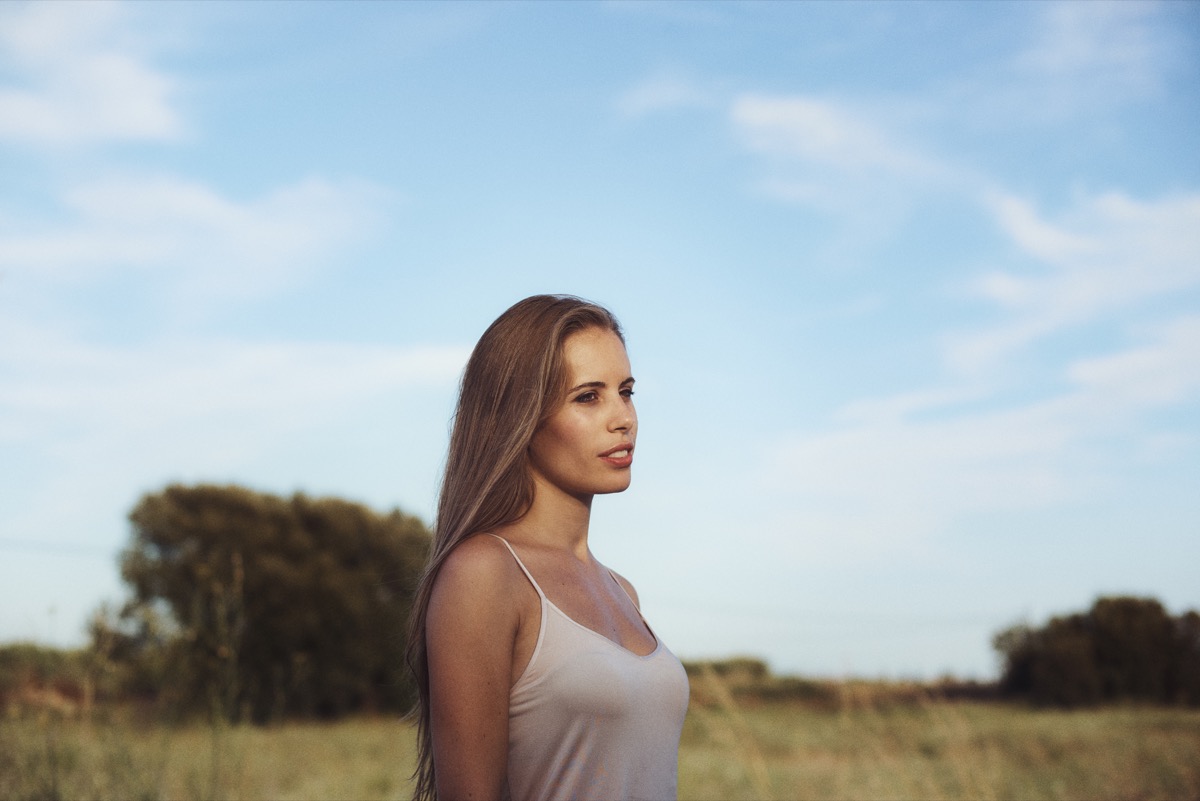 She studied for a higher degree in Vienna, where she lived for six years, and where she obtained the Bachelor of Recorder Interpretation with Thomas List at the Privatuniversität der Stadt Wien and the Bachelor of Musical Pedagogy of the Harp with Andrea Hampl at the Universität für Musik und Darstellende Kunst, obtaining honors.

Since 2013 she has been part of the Ensemble Ancor, playing the recorder and gothic harp. With this ensemble they achieved the Bank Austria Award 2015, being a finalist in the International Young Artists Competition in York (2015) and a scholarship from the Swiss foundation Thyll-Dürr. Since 2015 she has been harpist of Live Musik Now, an organization founded by Yehudi Menuhin with which she offers concerts with various groups. She also collaborates with different orchestras from Austria and Catalonia that have taken her to play in concert halls such as the Musikverein in Vienna, the Brucknerhaus in Linz, Stefaniensaal in Graz, the Auditori in Barcelona and the Palau de la Música Catalana. Since 2018 she has been soprano of the Cor Bruckner Barcelona where she carries out different projects, such as Beethoven’s 9th Symphony at the Palau de la Música Catalana.

She currently combines her career as a performer with teaching. She teaches recorder, harp and musical initiation at the Escola de Música Municipal de l’Ametlla del Vallès and the Conservatori Municipal de Música de Badalona. 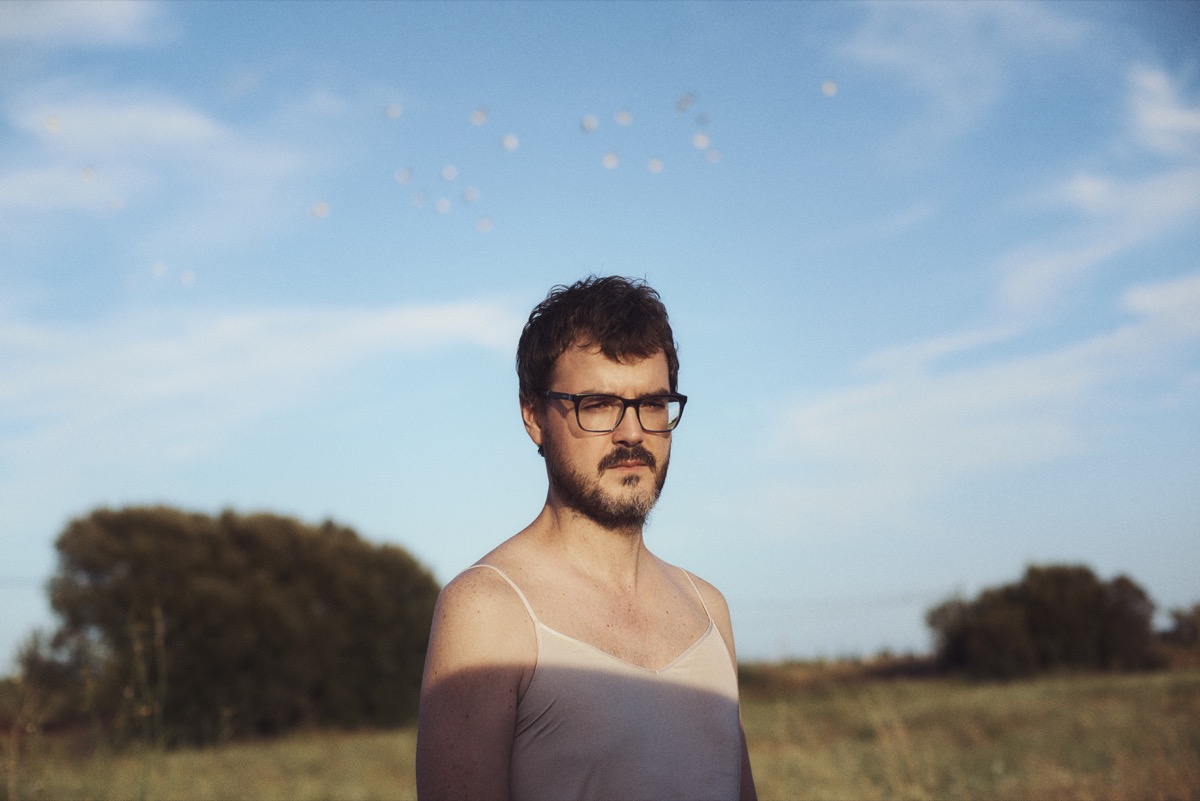 He was born in Barcelona in 1979. As a recorder player he obtained top marks and an Honorary Degree in Barcelona, having stdied with Josep Mª Saperas, Joan Izquierdo, Paul Leenhouts, Walter van Hauwe and Pedro Memelsdorff and Pierre Hamon. He has performed with early music ensembles in several Catalan, Spanish and Dutch cities. He is part of the Renaissance ensemble Fortuna de un gran and has collaborated with The Ripieno Consort and Il Giardino Armonico. He is a founding member of En Bloc Quartet.

As a teacher he has a long experience in teaching and divulgating his instrument, mainly in music schools and conservatories. Having graduated in Orff Schulwerk by the San Francisco Orff Institute, he is currently a lecturer at the ECMM Vilanova i la Geltrú and director of the amateur recorder orchestra Consort Pere Serra.

As a cultural manager he graduated from ESMUC (Escola Superior de Música de Catalunya) with Jordi Martí and Joan Oller, among others. He later managed the chamber orchestras of Terrassa and Granollers, as well as developing several freelance  tasks of production and musical programming. He has been programmer of the cycle Dissabtes de berenar in the Palau Gomis/MEAM (European Museum of Modern Art) and is currently the Internet manager and musical content creator for various cultural entities and musical formations. He is also the musical programmer of the Eduard Toldrà Auditorium in Vilanova i la Geltrú (Barcelona).

Eva Jornet begins learning the recorder at the music school of her home town, La Fatarella, at age six. In 1999 she transfers to the music school Mestre Montserrat, in Vilanova i la Geltrú, where she studies with Abel Puig. In 2006, she receives a special mention when graduating from the intermediate level music degree, having been taught by Josep Mª Saperas and Joan Izquierdo.

One year later she enters the Conservatoire National de Région Perpignan Mediterranée, where she begins taking lessons with Fanette Estrade, working toward the Diploma in Early Music. At the same time, she receives lessons from Sara Parés.

She receives an Honors Degree in 2011, in the Conservatorio Superior de Música Manuel Castillo in Seville, after having worked with Vicente Parilla, thus finalizing her studies. During this last period she also begins learning Baroque basson with Luís Castillo, and also receives an ERASMUS scholarship to study with Pedro Couto Soares in the Conservatoire in Lisbon.

On various occasions she has participated in masterclasses with Fernando Paz, Pierre Hamon and Maurice Steger.

She directs and is a member of the early music at the ensemble Opus 5, a group of known young musicians from different countries such as Japan, Cuba, Colombia, Belgium and Catalonia.

She has a Master’s Degree in Musicology and interpretation of early music, promotion 2013/14 ESMUC (Catalonia College of Music) and UB (University of Barcelona).

During the 2015/16 season she played in the Symphonic Orchestra of Madrid as a soloist for the production of the opera “Alcina” by Handel at the Teatro Real in Madrid.

Currently she is attending classes in historical bassoons with Pep Borras at ESMUC (Catalonia College of Music), and takes occasional classes with Carles Cristóbal and Eyal Street. She also obtained a title in theatre staging management in 2016. 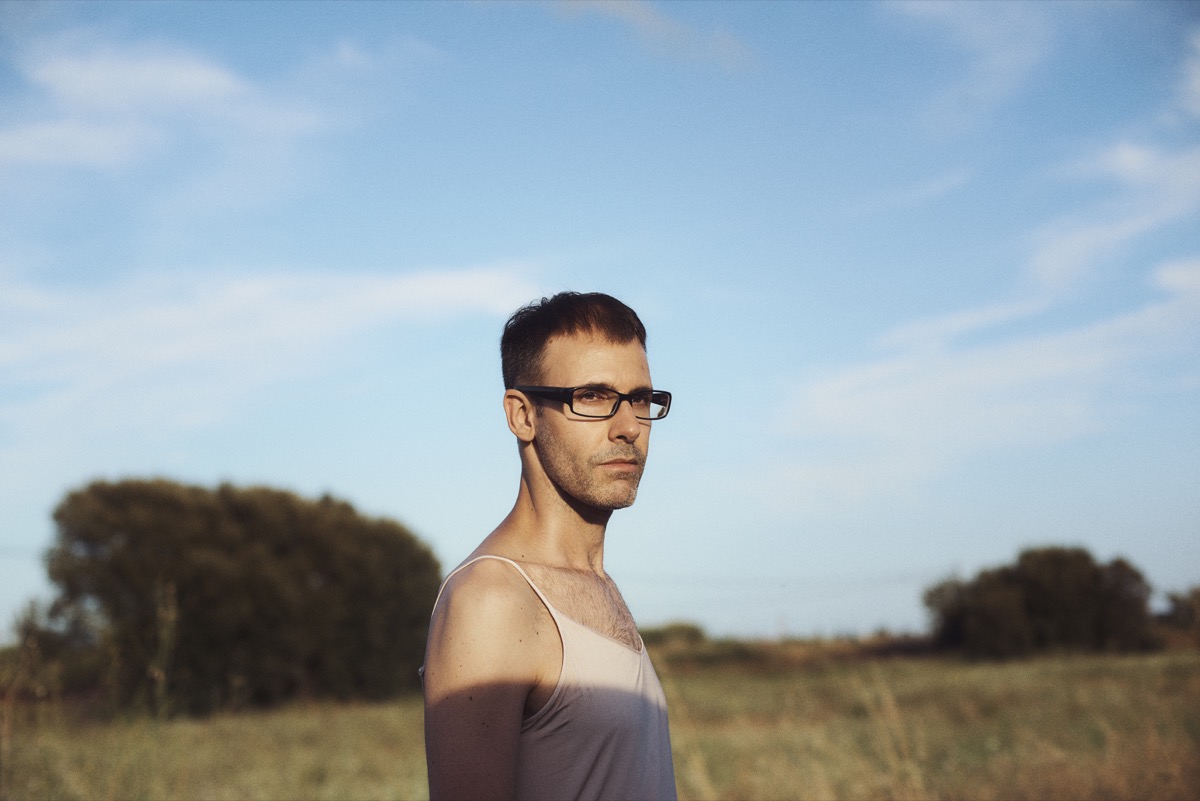 Marcel Leal begins his recorder studies with Eulàlia Galofré at the music school in Premià de Mar. He also studies with Mª Jesús Udina, Jordi Argelaga, Lluís Casso, Abel Puig, Sara Parés and Pedro Memelsdorff, among others. He complements his musical training with orchestration and composition courses with Alejandro Civilotti and Josep Soler, as well as synthesizer, sampler and sequencer programming classes, in the field of eletronic music.

He is an industrial engineer by the UPC. His degree project was financed by the UNESCO. He also holds a degree in filmmaking by the CECC (Center for Cinematic Studies of Catalunya). As a filmmaker, he has produced several video clips and short films, like “Los años del silencio”, selected in more than 60 international festivals and winning several awards. He has composed the music for various advertising campaigns, like “Volkswagen con el cine” for the Telefónica Imagenio channel, and is the screenwriter for several feature films in preproduction.

As a recorder player, he has taken part in various productions. He has also been part of several formations like Atem trio, Agatha15, Dúo Scherzo, En Bloc Quartet, Windu, Sforzinda and Quarteta Lírica. From 2010 he has been the teacher for recorder and new technologies at the Professional School for Music in Badalona, where he directs the Children’s Orchestra and the Recorder Orchestra. 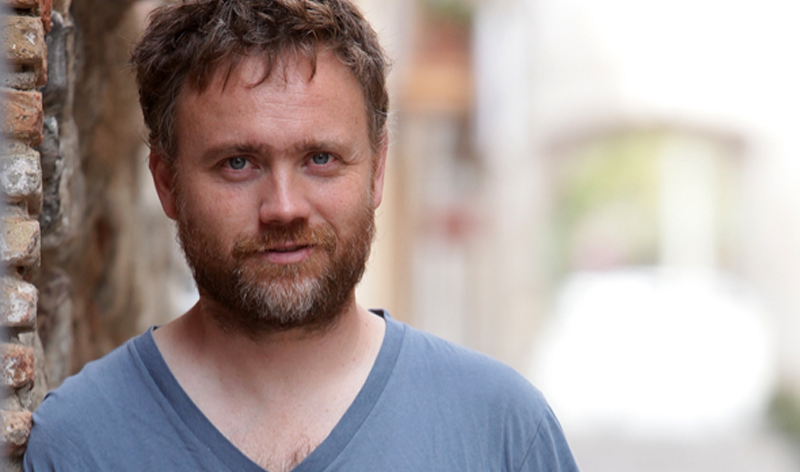 He is the artistic co-director of AREAtangent (2004 – 2010), a Barcelona based platform for young creators, through which he participated in the 1€ Capsules and directed the radio readings of theater texts for the AREA_TXT program of COMRàdio (2006 and 2007).

He has collaborated with José María Pou, Daniel Veronese, Rosa Novell, Àngels Aymar, Lluís Pasqual and Joan Ollé as assistant director. Together with the latter, he performed the Dramaturgy of Hellas (inaugural show of the International Theater Festival of Mérida, July 2012), El jardí dels cinc arbres, based on texts by Salvador Espriu (Temporada Alta 2009 and TNC 2009) or Rambleros, on the Barcelona of the 70s, in 2010. 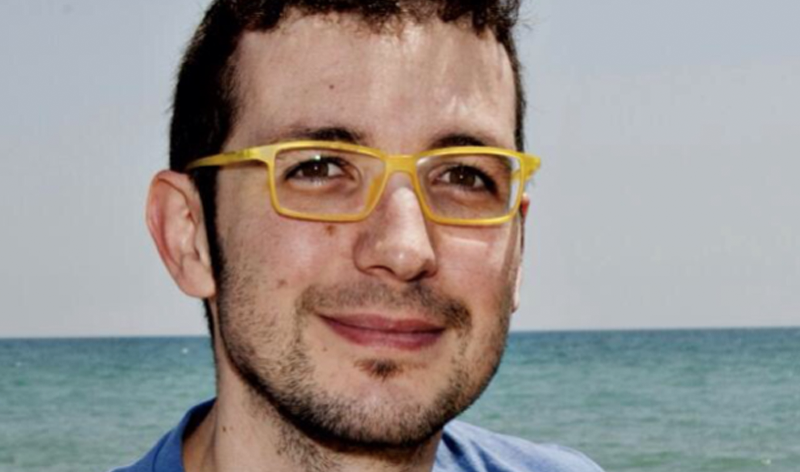 He has a degree as a performing arts technician, specializing in lighting by the Higher School of Performing Arts Technicians (ESTAE) in the Instituto del Teatro. In addition, he has completed the training cycle of higher degree of audiovisual and show realization at the School of Audiovisual Media (EMAV) in Barcelona.

His professional life has developed alongside the artist / performer Marcel.lí Antúnez (founder of La Fura dels Baus). He is the technical director of the artist’s studio, participating in the production, exhibition and design of several shows and interactive installations with presentations around the world.

He is a founding member of the theater company Guillem Albà, participating in the lighting design of its shows and acting as technical manager of the company. He has worked in the shows Sketchofrenia, directed by the clown Jango Edwards; Flirt, directed by Jordi Purtí (audience choice award in the 2010 edition of the Fair of Tàrrega and nominated as best new show in the Max 2011 prizes); Trau, directed by Albà and Pluja alongside the piantist Clara Peya. He has worked with the clown Guillem Albà in many other works such as cabarets, presentations, galas and various projects.

To be highlighted from his extensive project portfolio are the productions created by the CAET (Center for Performing Arts in Terrassa); Musicolepsia, by the Lanòmina Imperial dance company and premiered at the TNC (National Theater of Catalunya); Lo Riu, a show produced by the Taller de Músics; and his partnership with the Enclave Arts del moviment dance company with the dancer and choreogrpaher Roberto Oliván (National Dance Award); among others.